Researchers expect that the red tide bloom in Florida, a toxic bloom of algae, will likely wash ashore to beaches in Tampa within the next two weeks. So far, the red bloom has spread almost 90 miles long and 60 miles wide. It stretches along the Florida coast, from the Panhandle to Tampa Bay. Red tide occurs when naturally occurring algae bloom out of control, producing toxins deadly to fish and other marine life. The odorless chemicals can trigger respiratory distress in people, such as coughing and wheezing. It could have large impacts if it were to move inshore,” said Brandon Basino, a spokesman for the Florida Fish and Wildlife Conservation Commission (FWC). “It has been killing a lot of marine species, especially fish, as it waits offshore.”
Source: In.Reuters 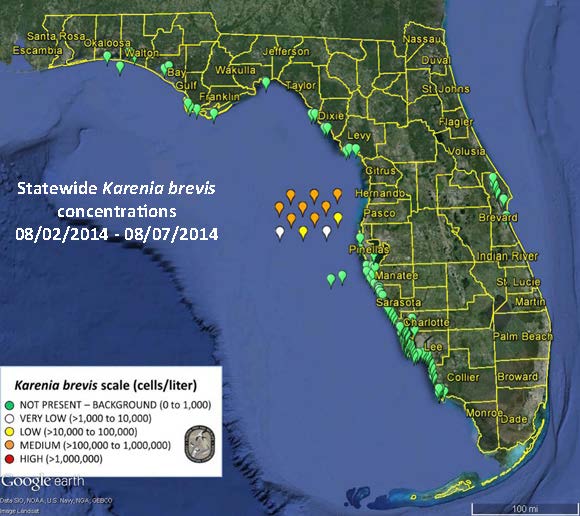 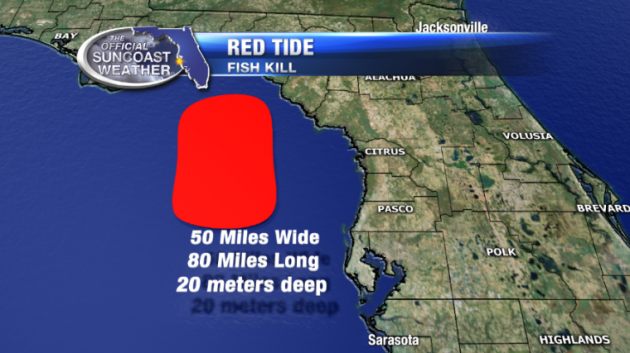 Image by My Suncoast News

About the Author: My Florida Fishing